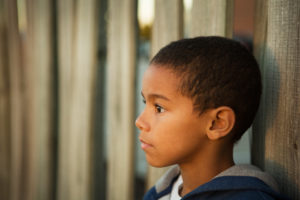 Jake was 10 years old and had been in and out of foster care since the age of 3. He had been returned to his mother’s care twice but both times he had to re-enter foster care because he wasn’t safe.  When Jake re-entered foster care in 2017,  Jake’s mother was no longer considered for placement. Jake’s father had not had any contact with Jake for the previous 6 years despite the county social workers’ repeated attempts to engage him in a relationship with Jake. However Jake’s father was now being considered for placement.

When Jake began visits with his father he started to experience serious behavioral indicators of stress and anxiety. His foster parents were concerned for him and voiced their concerns to his social worker and his attorney but the visits continued,  as did Jake’s fears and anxieties. Jake’s foster parents reached out to Advokids to learn how to go directly to the juvenile court to protect Jake. With Advokids’ help, they successfully petitioned the juvenile court for a hearing to voice their concerns about Jake and ask the court to mitigate any further trauma. The judge, grateful for the information they brought to his attention, suspended visitation and requested medical and mental health assessments to ensure safe, secure,   and healthy visits for Jake.  The judge prioritized Jake’s emotional and developmental well being. A win for Jake!